Unless  you've  been living under a very large rock or you're a martian in which case, run while you can. You'll have heard that lee child is handing over the keys to the Jack Reacher series to his brother Andrew and to celebrate the new Jack Reacher novel, the sentinel here's an interview with the man entrusted with the biggest thriller series..... In the world. Andrew Child

For me, it’s been mixed. I’ve had a wonderful time working with my brother on The Sentinel, the first of the Jack Reacher thrillers we’re writing together. But due to all the travel restrictions I haven’t been able to visit my daughters in the UK for many months, which has been totally miserable.

Were you nervous about taking over the reacher books  given how well loved they are?

Extremely nervous! But in the end I decided to do it anyway because I’m a Reacher fan too – in fact the oldest Reacher fan – and I just couldn’t stand the idea of there not being any more of the books. 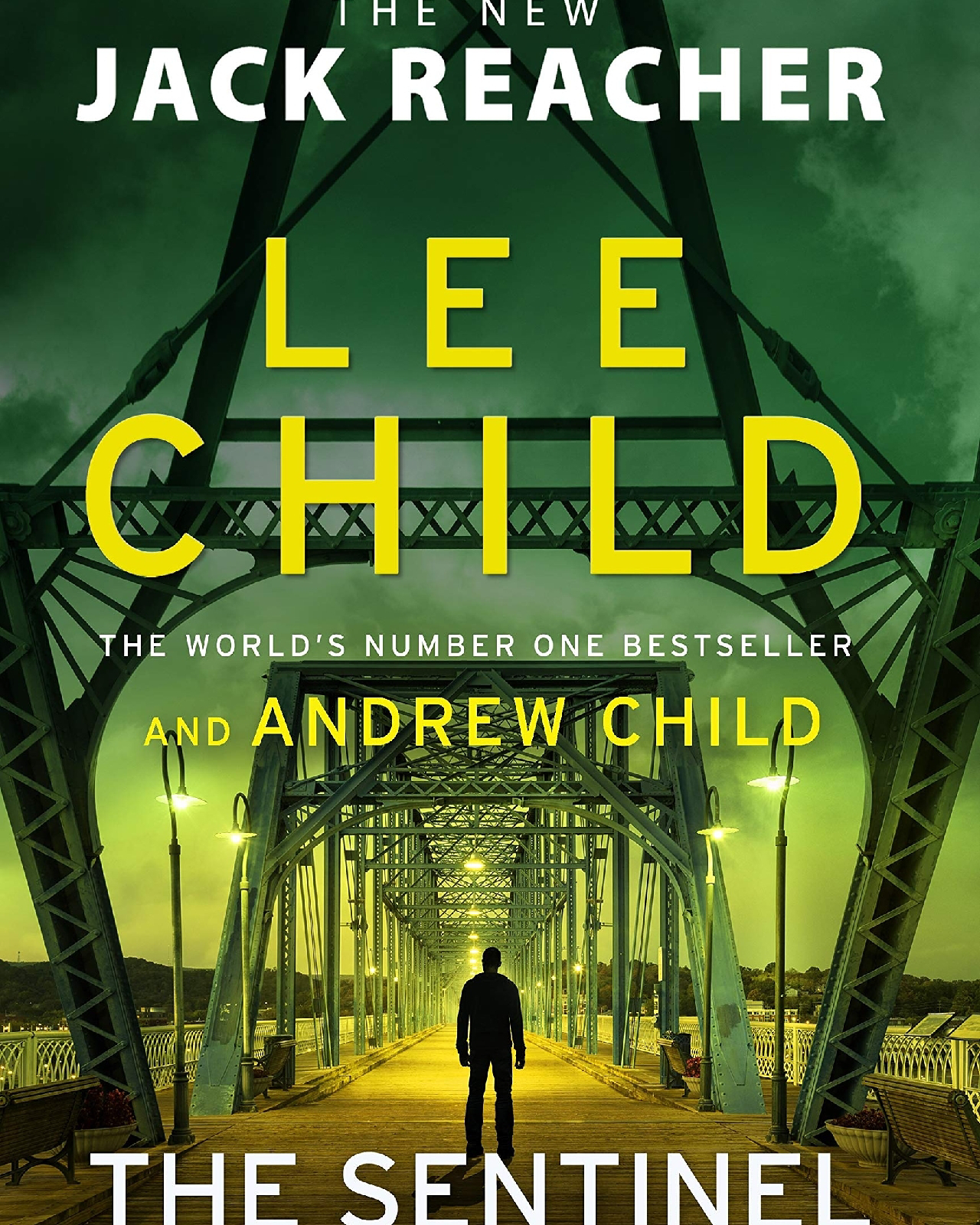 What was your reaction when Lee asked you to take over?

First shocked, that he would trust me with his amazing creation. Then nervous, wondering if I was up to the task. Then excited, thinking about all the stories I’d have the chance to tell.

You and Lee both have your names on the cover, how does the actual writing process work? do you send chapters and forth to each other?

Working together was something we both had to adapt to as neither of us had collaborated with anyone on a full length novel before. We started out hanging out at my place – we live about three miles apart – and kicking ideas around which I’d put down on paper for him to review. Then the pandemic took hold so we shifted more into ‘virtual’ mode, talking and plotting and revising over text and email and zoom. It was an interesting process, and we were both very happy with how everything turned out.

Lee said in an interview recently that you were the first person to read Killing Floor, what was your reaction to it at the time?

I was absolutely terrified before I started reading in case it was no good. Lee was out of work and his whole future was on the line. But within a single line I was hooked. The book was magnificent in every way and I remember thinking, long before we learned Reacher’s name, I know this guy…

Which is your favourite Reacher book?

There are two that particularly stand out for me. Killing Floor, because it was the first and I will never forget how I felt after reading the manuscript. The other book I think is particularly special is Make Me. It has all the ingredients that make us love Reacher – the captivating location, the pervading sense of mystery, the fabulous characters, the intriguing (and particularly disturbing) plot, the propulsive prose, the action, the sense of justice done – but I feel that this time out, the language was even more lyrical and aesthetically satisfying.

Reacher hasn't changed much over the years, how important do you think that is to the appeal of the books?

I think the sense of consistency is crucial, particularly now when the times are so uncertain and chaotic and people are looking for stability and security in their lives.

Where did the idea for the sentinel come from?

I was looking for a way to take Reacher – who’s famous for his lack of familiarity with technology – out of his comfort zone, and when I remembered some things I’d read about ransomware I thought it would provide the perfect environment.

What can long time readers expect from the new book?

I hope they will find everything about Reacher books that they’ve always loved, plus perhaps a little extra energy, with slightly more current themes.

What did you make of the movies with Tom Cruise?

If we put the issue of size aside, I thought Tom Cruise actually did a great job of capturing Reacher’s world-weary attitude. There’s a good example in the first movie where Reacher is eating alone in a diner when a woman approaches and sets him up for a fight with a bunch of local thugs. Cruise displays exactly the right sense of not looking to start any trouble, but equally being more than happy to finish any that comes his way. I think the problem with the movies is really that the format is just not very suitable. One of the reasons Lee’s novels are so satisfying to read is that you can ‘think along’ with Reacher as he reasons and deduces his way through several, in-depth steps toward solving each puzzle. There simply isn’t time for this in a ninety minute movie, so the good stuff is inevitably rushed if not lost altogether. That’s one of the reasons I’m so excited about the switch to TV. I think the upcoming series will be able to do the books much more justice.

There's a Reacher TV series coming, would you like to see The Sentinel on screen at some point?

I would love it! I really hope that happens, one day.

We've all had a lot more time to read this year because of obvious reasons. What were the best books you read in lockdown?

Having extra time to read is the lockdown’s silver lining. A few great books spring to mind, such as Blacktop Wasteland by Shawn Cosby; Agent Sonya by Ben McIntyre; and Voices from Chernobyl by Svetlana Alexievich.

What can you say (if anything) about reacher 26?

We started it on September 1st, in keeping with Lee’s long-standing tradition, and we’re very happy with how it’s going…

Frances Neagley is a firm favourite with Reacher fans, do you think she could feature in a future book?

Absolutely. I love Neagley, and could definitely see her coming back.

What do you think Reacher's brother Joe would be doing if he were still alive?

I think he’d be hunting down financial criminals, often meaning to get in touch with his brother Jack, but never quite making it happen.

Lee's mentioned the idea of Reacher coming across a stray dog and taking it on his adventures with him. Could we ever see that?

Big thanks to Andrew for doing this.